Wilderness Ridge is a T-shaped area of forested ridges and wet swales marking former shorelines of Lake Michigan.  Located within Point Beach State Forest, the site is easily accessed from the parking area at the entrance station and following the trail south.  A GPS is recommended to know exactly when you are within the boundaries of this oddly-shaped natural area.  Note, however, that Wilderness Ridge is no longer an official State Natural Area.  It was delisted in 2012 and replaced by Nippissing Swamp just across the highway to the west.  The latter is a better ecological representation than the former.

As mentioned, this natural area is an oddly-shaped one, that of an upside-down T.  The north-south portion follows a ridge via a trail, which triples as the Red Loop Trail/Ridges Trail/Ice Age Trail.  The east-west portion crosses several ridges and swales, but sans trail.  It is difficult to explore much of this portion as the swales were filled with water.  Though small in area, it was nice to see fringed milkwort, American starflower, and several wood frogs.  These were species that I have observed at Point Beach Ridges just to the south, but also in more northern sites, particularly Door County.  Nippissing Swamp, named after a lake present there after retreat of the glacier, has replaced Wilderness Ridge as an official State Natural Area.  A visit there would come later in the summer. 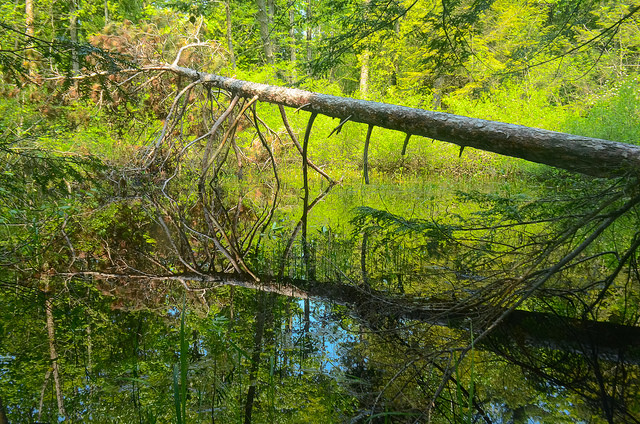 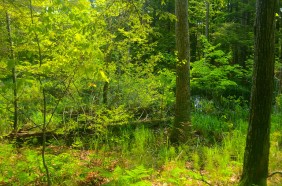 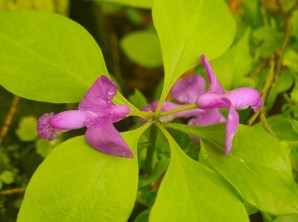 More of my photos (and full-res) from Wilderness Ridge can be viewed here.