Ottawa Lake Fen features a picturesque fen and marl flat complex between Ottawa Lake and another, unnamed lake.  Found within the Ottawa Lake Campground area of the Southern Unit of the Kettle Moraine State Forest, ample paved parking is available.  One option is to park at the boat ramp and canoe/kayak across the lake to the fen.  A second option is to park in the lot closest to the amphitheater.  Then proceed on foot along the lake north of the amphitheater.  As you follow the shoreline on this unofficial trail, you will see the fen to the northwest.  There will be a line of shrubs through which you can pick the easiest route.  Be on the lookout, however, for poison sumac!

My original visit year started at the boat launch at didn’t make it much beyond that.  Sans a boat of any kind and not seeing any official trails, I was resigned to wandering around the campground, looking for a way to cut through.  I had also previously tried to reach the area from STH 67, but found the shrub layer to be impenetrable.  Since that time, a significant amount of volunteer work has been directed toward the buckthorn and other invasives present there and a recent drive past the site on STH 67 found the fen clearly visible from the road.  My return visit led me to the aforementioned trail along the eastern shore of the lake and a fairly easy approach to the fen.  It was the largest marl flat area that I have come across so far in my travels.  Though it was early for some of the showier species such as the gentians, Kalm’s lobelia, grass-of-Parnassus,….were all in bloom, though spaced relatively far apart and overall not adding much color the brown rushes.  Depending on how far you wish to venture into the site, I would recommend rubber boots.  I would like to return to this area at other times of the year, perhaps late spring and early autumn to see what it may behold.

From Forest to Fen

From Forest to Fen 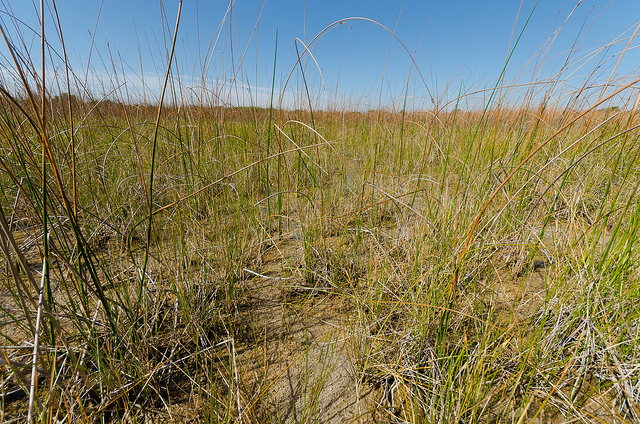 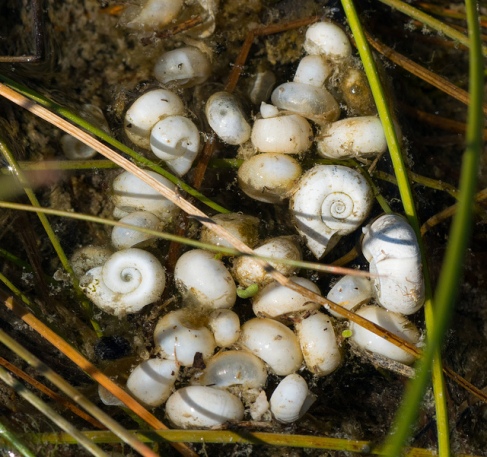 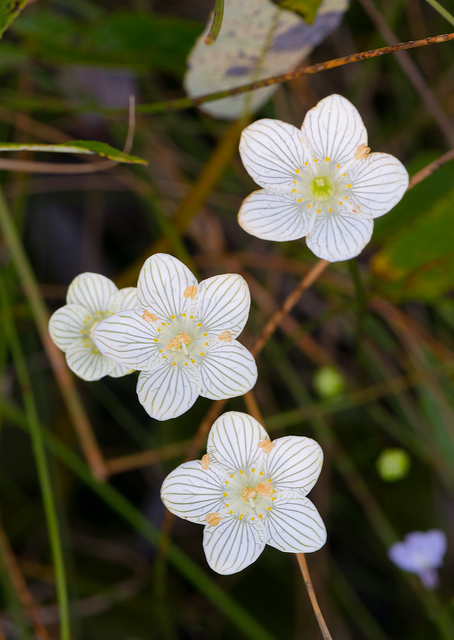 More of my photos (and full-res) from Ottawa Lake Fen can be viewed here.