Empire Prairies consists of three separate remnant drumlin prairies, two of which are open to the public.  The Westport Drumlin and and Hagen units are open to the public and fairly straightforward to reach, the latter being the easiest with a parking area off the road and a short walk to the drumlin.  Westport Drumlin is a bit further of a walk and is through an agricultural field and then some thick shrubbery before reaching the drumlin, though this may have eased in recent years with restoration efforts there.  The Koch unit is closed to the public and surrounded by agricultural fields, but I was able to visit it through a tour organized by a local conservation group.  Part of a vast prairie landscape that once stretched across northern Dane and southern Columbia Counties, these three dry to dry-mesic remnants are all that remain with their slope being less than ideal for grazing and their sandy soils making poor agricultural substrate.  Rare species found here include the red-tailed leafhopper (Aflexia rubranura) as well as prairie bush clover (Lespedeza leptostachya) and prairie false-dandelion (Nothocalais cuspidata).  When the glaciers covered Wisconsin, they were much thinner in the areas where these drumlins are now found and thus were unable to grade the landscape as flat as they had done in many other places.  These drumlins are great places to see a variety of prairie flora in a relatively condensed location and conjure thoughts of the glaciers that long ago formed these landscapes. 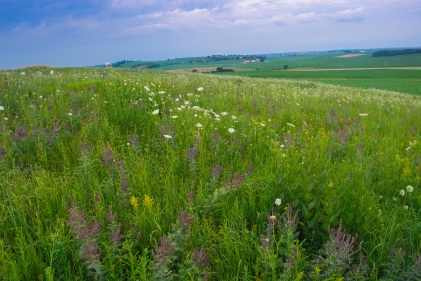 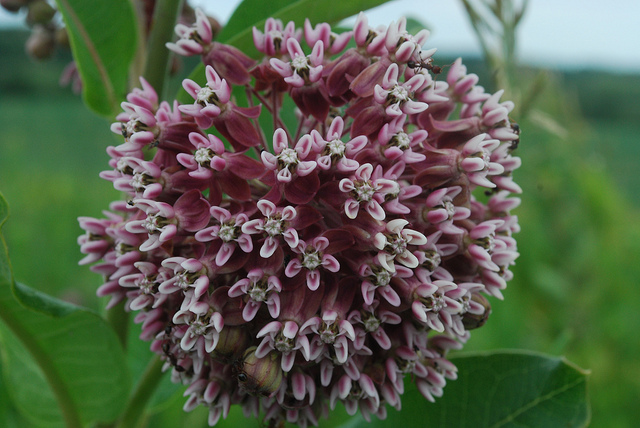 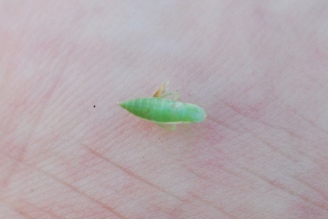 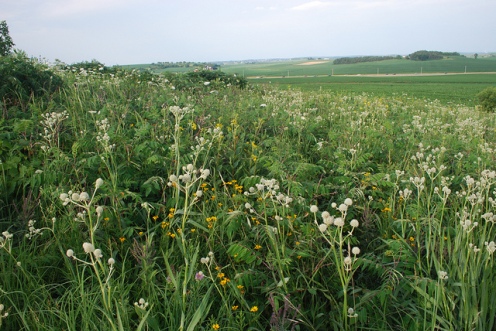 More of my photos from Empire Prairies can be viewed here.