Karner Blue Meadow comprises a block of prime habitat for the federally endangered Karner Blue butterfly (Lycaeides melissa samuelis).  The site is easily reached by parking on the side of the road on 22nd Avenue midway between CTH A and CTH H.  A DNR gate and sign mark the site.  There are no official trails, but an access lane/fire break runs along the southern boundary of the site and the remainder is quite open and easily navigable.

The hope in visiting Karner Blue Meadow was to see the namesake butterfly.  I will spare the suspense and say that no Karners were seen on this day (and as it turns out, it would be another 4 years before I saw my first one).  Lupine are essential for the larval stage of the Karner Blue. A few flowering lupine remained though most were a couple of weeks past peak and a majority were already in seed.  Butterfly activity was non-existent on this visit and instead, a variety of dragonflies and damselflies flitted from flower to flower and oak seedling and provided lively entertainment.  Bonneville Lake is located in the northern portion of the site.  It was difficult to get too close to the shoreline which was surrounded by a layer of irises and a largely obscured water level.  After exploring the savanna and searching for evidence of Karner Blues (i.e., particular patterns of leaf damage on lupine), I called it a day and headed home.  The overcast sky that had plagued the day’s adventures had followed me here and perhaps played a role in the absence of observed butterflies.  I would like to give this site another visit and hopefully see a bounty of Karner Blues. 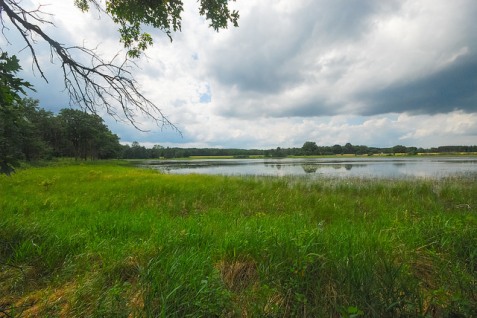 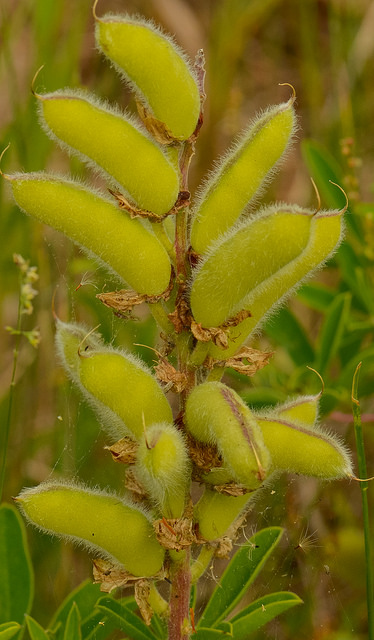 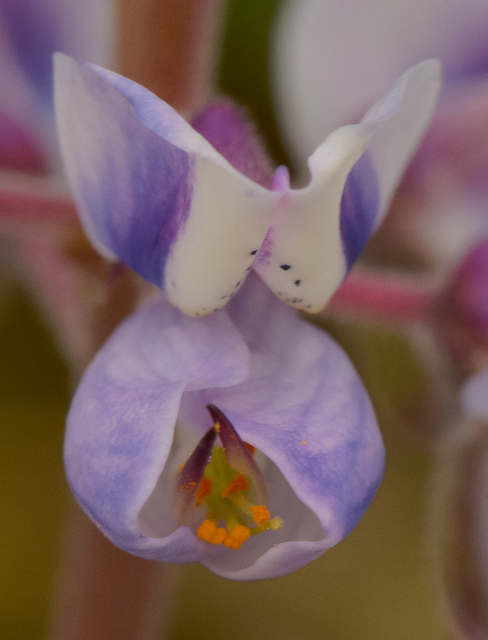 More of my photos (and full-res) from Karner Blue Meadow can be viewed here.