Jefferson Tamarack contains a tamarack swamp, of course, along with a southern sedge meadow and marsh, all as part of the Jefferson Marsh Wildlife Area, just east of Jefferson in, you guessed it, Jefferson County.  There are several parking areas scattered around the edge of the Wildlife Area either on CTH Y or USH 18.  On my visit, I approached from the former, but this year I plan a return trip via the latter.

My visit here was not as detailed as I would have liked.  I had limited time and my choice of approach from a parking area on CTH Y proved difficult.  I was still sans rubber boots at this stage of my explorations and was hemmed in by the creek, ditch, and cattail marsh with knee-deep water.  I was treated to a flock of blue-winged teal that puddled about the creek before alighting to the sky as well as a family of Canada Geese taking a trip on the lazy flow of the creek.  Nothing desirable was found in this area; in fact, yellow sweet clover, an invasive species, was quite abundant here.  This year, I hope to approach from a parking area on the north side of the property off of USH 18.  This area is less dissected by free-flowing water bodies which should make for some easier progress.  Rubber boots will be in order, however, and the waders will make the trip as well.  I am also bandying about the idea of bringing the kayk out for a quick paddle deep into the heart of the site with much less slogging through the tough terrain.  Time will tell which approach I try first. 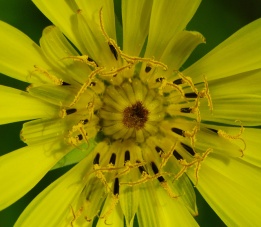 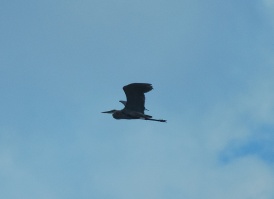 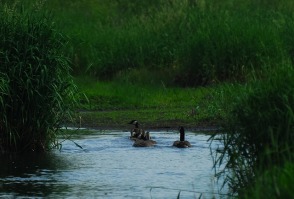 More of my photos (and full-res) from Jefferson Tamarack Swamp can be viewed here.