Pat Shay Lake protects stands of old-growth hemlock and other mixed forests along with a bog, sedge meadow, and the eponymous lake.  Access is available from several points along Butternut Lake and Knapp Roads.  The easiest access to the lake is from the latter.  The Hidden Lakes Trail within the CNNF skirts the southeastern edge of the SNA and then enters it and approaches the north shore of Pat Shay Lake approximately 1.5 miles in.  This SNA is one of five that spans 3 counties, though it barely covers much area in Oneida and Vilas Counties (just 36 of its 852 acres).

On this mid-March visit, the vast majority of the lake remained frozen, though there was some thawing along the shoreline.  Despite this, I noted a lone ice fisherman far out in the middle of the lake.  Across the lake, I noticed a few tundra swans using the limited open water, my first ever such sightings.  I also observed and nearly steppe on my first and only snowshoe hare.  It was either playing dead or hoping I wouldn’t notice it, until it used the time I took to change lenses to flee…what a beautiful creature.  With nothing of note in bloom at this early date, I look forward to a chance to revisit this site with a focus on the bog and sedge meadow areas. 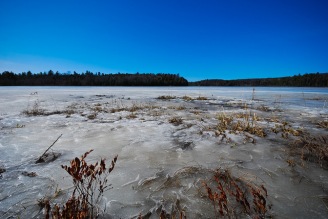 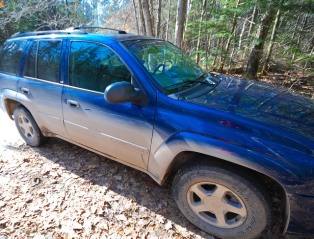 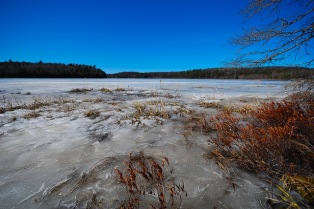 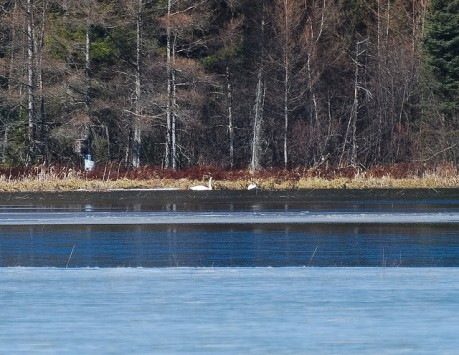 More of my photos (and full-res) from Pat Shay Lake can be viewed here.