Black Tern Bog features a quaking sphagnum bog mat surrounding two seepage lakes, just a stone’s throw from USH 51 in Vilas County.  Park along, but well off of the highway, wand walk east toward the bog and lakes.

This was another site in which I was uneasy about where I had to park.  Traffic whizzing by a parked car at 60+ mph is never not worrisome.  That said, I did spend some time walking around this bog mat.  Pitcher plants were in great abundance on this day and in flower to boot.  I found this bog to be interesting for the apparent thinness of the bog mat.  Though sturdy, it seemed almost level with the surface of the lake which is unlike most bogs that I have explored.  I think that this would be a worthy site to explore a bit earlier in the summer when more of the interesting species are in bloom.  In the meantime, I will look for a better parking alternative.  Rubber boots are recommended for exploring this site, though that goes without saying when it comes to bogs. 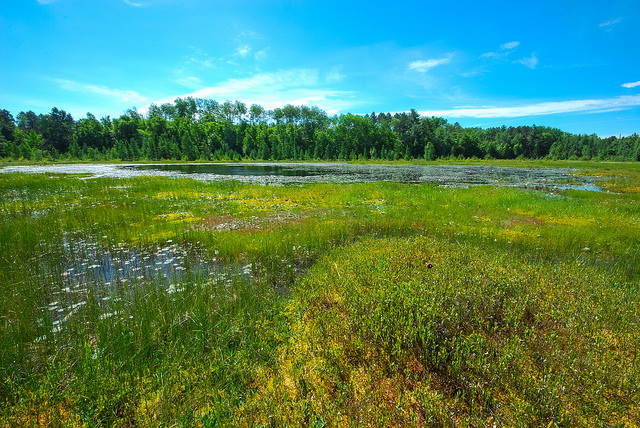 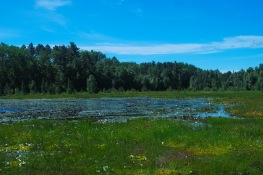 More of my photos (and full-res) from Black Tern Bog can be viewed here.